The Newport Wetlands Reserve is of national importance for wildlife and is designated as both a Site of Special Scientific Interest (SSSI) and National Nature Reserve due to the birds, invertebrates and wetland flora that occur here.

The reserve was created as part of the compensation package for the loss of the Taf/Ely Estuary SSSI during the ‘development’ of Cardiff Bay.  The reserve consists of a range of habitats. Reedbeds dominate the western end of the reserve at Uskmouth, saline lagoons are the main feature of the eastern end at Goldcliff and, in between, the Saltmarsh grasslands are made up of wet grassland and a network of ditches and shallow pools.  Natural Resources Wales manages the reserve, working in partnership with Newport City Council and the RSPB.

Newport Wetlands is also home to a range of mammals, though these are much harder to see than the birds; they include: Otter, Water Shrew, Brown Hare and Polecat.  The invertebrate assemblage is also important and includes many nationally rare and scarce species, e.g. Great Silver Water Beetle and Shrill Carder Bee. The mosaic of ditch habitats across the reserve hold a rich flora including the Hairlike Pondweed which, in Wales, is almost entirely confined to the Gwent Levels and all five native duckweed species.  Perhaps more eye-catching though are the six species of orchid that occur at Uskmouth along with other scarce plants including Narrow-leaved Bird’s-foot-trefoil, Dittander and Narrow-leaved Everlasting-pea.

A network of paths and signposted trails around the Uskmouth reedbeds allows for easy access. The paths are level with some gentle slopes and a ‘zig-zag’ ramp up the short climb to the raised level of the reedbeds. Observation screens, a raised platform and a hide have been installed to provide views across the reedbeds and lagoons. More information regarding the trails can be found here.

At Goldcliff a series of hides and observation platforms enable the lagoons to be viewed while another hide near Redhouse Barn looks over the Saltmarsh grasslands.  Conditions underfoot at both these locations are more prone to becoming muddy and boots are recommended following rain.

The RSPB Environmental Education and Visitor Centre at Uskmouth is open every day except Christmas Day and includes space for group and family activities, conference facilities, a shop and café. More information can be found here.

Dogs (except assistance dogs) are not allowed on the reserve (other than on the cycle track at Uskmouth). 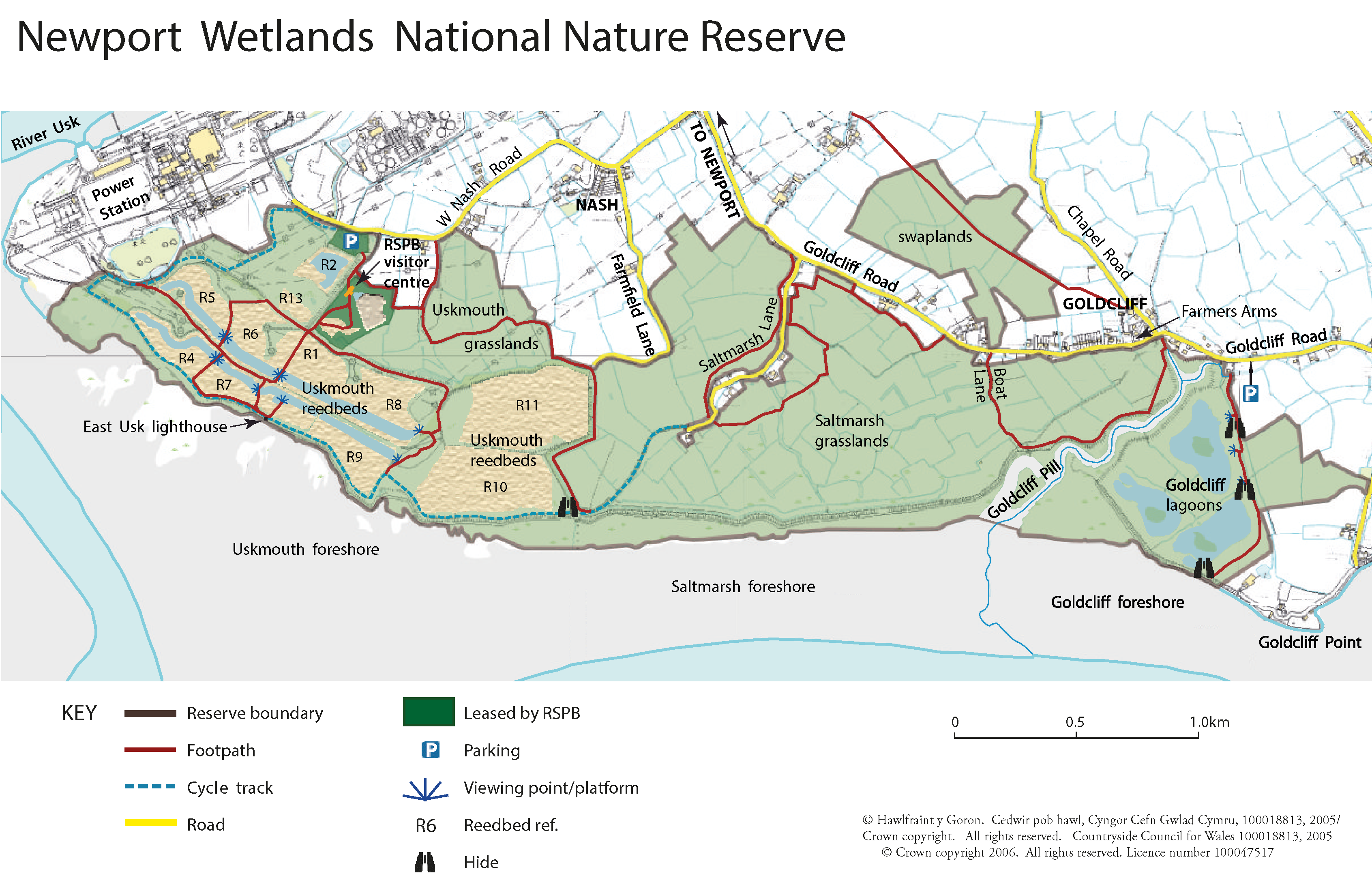 The Uskmouth reserve can be accessed via Sustrans National Cycle Network route 4 which has a branch to the wetlands using existing roads. A covered cycle stand is provided in the car park. Cycling on the reserve is only allowed on the cycle track which runs around the perimeter of the Uskmouth reedbeds.

The reserve is on the route of the number 63 bus from Newport city centre, a ‘demand responsive’ service that stops at Goldcliff village (a short walk from the Goldcliff lagoons) and the Uskmouth/visitor car park. More information and booking details can be found by contacting Newport Bus on 01633 211202.

For Uskmouth and the RSPB visitor centre remain on Meadows Road for 1.6 miles, then turn right onto West Nash Road, and continue for 1.0 mile to the entrance of the large car park (RSPB members free, £3 for non-members). 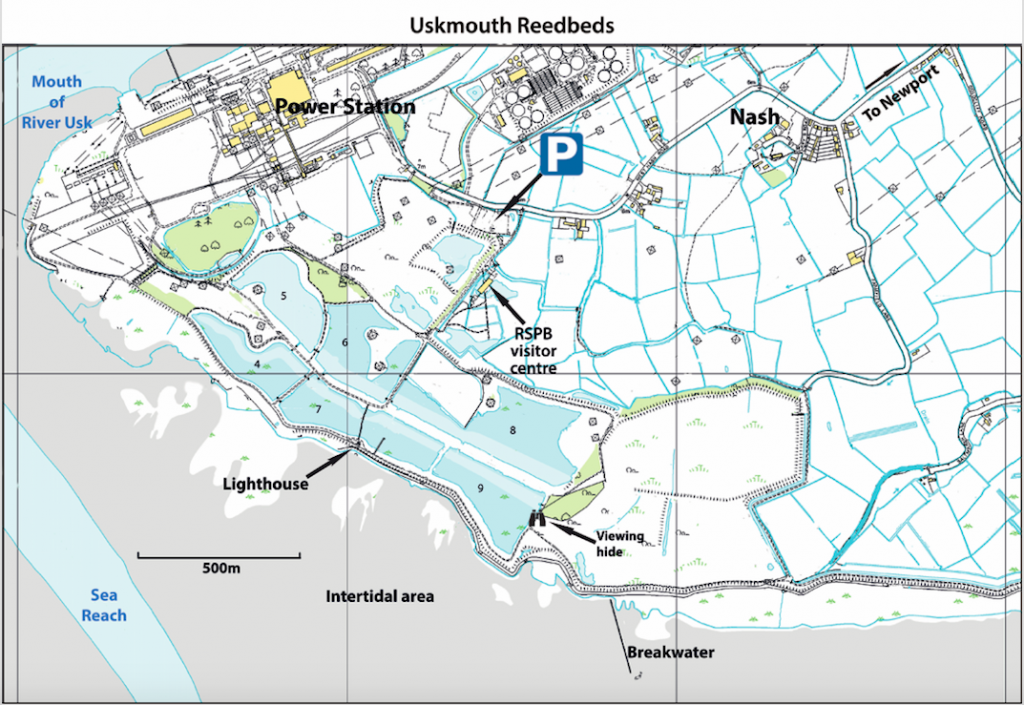 For Goldcliff lagoons remain on Meadows Road for 3.3 miles, at which point the unsurfaced track to the pools leads off to the right. Parking is limited – you are advised to park along the verge to the east of the national speed limit sign (at approx. ST 370830).